Winner of a Huawei P10 Lite 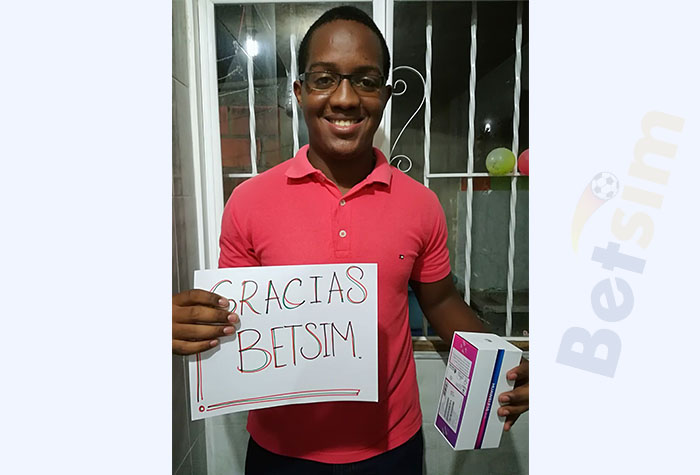 He is Hector D. Barrios, a sports lover who lives in the city of Cartagena (Colombia) who was the winner of the spectacular Huawei p10 Lite in our contest of starting our website.

Hector, when he started participating in the contest, did not think he was going to win, especially because he started out behind many other contestants who were above him and in a better position in our virtual competition. But for reasons of fate and thanks to a great move that he decided to make by choosing Villareal as his favorite team to earn enough points to get the lead in the game, they led him to the glory he enjoys today. This great player visualized the bad season that his opposing teams had been through and decided to go in favor of Villareal completely regardless of the fact that he will have to play against any other great team such as Barcelona or Real Madrid. Against all odds, Hector did very well in his game and beat all the other contestants who had participated with other teams and also there were other players who had decided to stay on the bench and simply not enter the game either for fear of not winning points or because they felt they no longer had a chance to beat Hector at the top of the classification table. Only one more game was left before Hector established himself as the happy winner of our contest in case nobody took his throne from him in the last game, but fortunately for him, he was able to maintain his winning streak and maintain his position as first in our table of participants and he was able to become a champion so he received our grand prize, the Huawei p10 Lite that now he is enjoying thanks to Betsim and thanks his good game.

Here we show a screenshot of our leaderboard for that time: 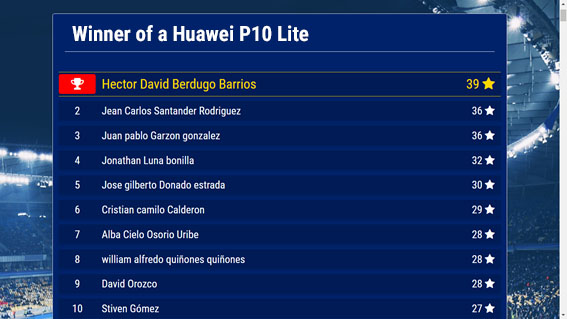