These are the ones interested in acquire Mauro Icardi, the PSG star 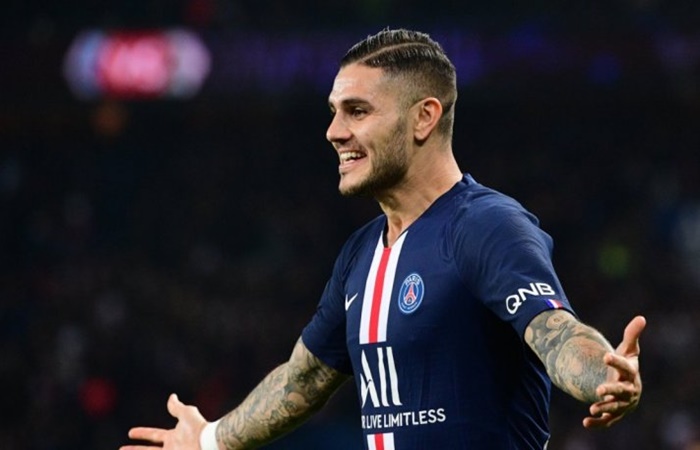 The Argentine Mauro Icardi has been in consideration of several clubs when it was known that the contract he has with PSG as “on loan” by Internazionale Milan is about to end. The player is waiting for any of the following 3 possibilities to happen: PSG could decide to completely buy his sports rights to have it covered for several seasons and thus ensure his membership in the French club so that he continues playing there or PSG decide to return the player to the Italian club or the third possible option is that he can be signed by a team different from these last two ones that have already been interested in him, but the Argentine apparently wants a new direction for his career and he expects to negotiate some amount to close his transfer to a team outside of France but also outside Italy, his eyes are on Spain, Italy or England.

Mauro has had a successful career both in the clubs he has participated in as well as in his Argentina team in which he is absolutely international player of the “albiceleste”, and that is why his scoring career started even from the U-20 team where he had the fortune to participate making his debut in a friendly championship where he could show his quality of play and now he has always been summoned indisputably since 2013 with the senior team and he will most certainly participate in the World Cup qualifiers that are about to be played. In addition to that, all his successes began since he became a scorer for Sampdoria at that time in 2012 that made many coaches look at him, among them was Inter Milan, who hired his services for several seasons. He had quite a few successes both in football and in trade with the Italian club, as he was one of those who sold the most shirts thanks to his good time, but little by little he was falling in performance in terms of the number of goals with respect to which he was accustomed to scoring, which precipitated a streak of few goals in recent games and that was one of the reasons why Inter decided to cede him to PSG for 1 year to see if he managed to revive his career and get a second wind, and fortunately, that was what happened and he has been scoring the same way as before so he hopes that it will serve as an entrance ticket to reach one of the teams he has mentioned where he would like to play, and those are Juventus of Turin or Real Madrid of Spain, who are not indifferent to him and want to negotiate in order to see who ends up getting the Argentine to start the new season on the right foot. It’s important to know that Real Madrid, for example, seeks to fill the gap that Cristiano Ronaldo’s departure in 2018 has left and that Real Madrid has not been able to find a good replacement for his goals yet, in case that the transfer of the Argentine star, the Real Madrid fans will expect from him as much as he could cost. So we shall see that happens.