The sports and the source of its importance 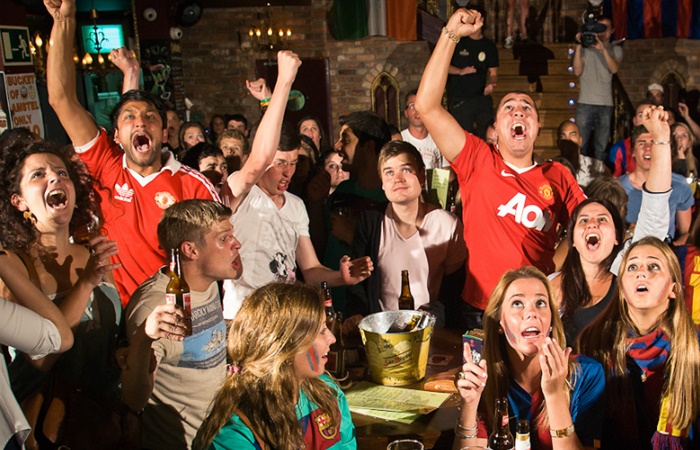 Sport throughout history has been characterized as being of great importance to humanity. First of all, sports, in general, have great advantages regarding health, since it reduces the risk of suffering from diseases such as diabetes, acute myocardial infarction, deep vein thrombosis, cerebrovascular accident, among other preventable pathologies. Therefore, the sport that requires physical effort is quite beneficial if practiced. If you like sports, you like to watch it and you like to follow your favorite athletes, then, you should also practice it as regularly as you can (clearly referring to traditional sports other than e-sports since they are sports that they do not require physical effort and therefore does not merit physical exercise). On the other hand, the sport is usually of great pleasure for many people, although most of them are male, and it is for this last reason that it is important to mention since some centuries ago men mainly used to enjoy the fights between certain warriors until death, an example of this is the Roman coliseum, in which this type of bloody events took place where he had his own audience that even people paid to see that sort of show. Thanks to advances in human rights and the evolution of our culture, these cruel and savage events were totally abolished, but what we know for sure s that much of the psychology still rely on our brain, this includes the sports we usually observe, at least In a subtle and metaphorical way, for example, in soccer, one team faces another (this time they are no longer soldiers with a weapon of war in order to kill) where there will have to be a winner and one defeated (but without having to death), the hunting bullets were replaced by the playing ball, the death shots were replaced by goals, the gladiator’s glory was replaced by trophies, the Roman coliseums were replaced by soccer stadiums and the spectators thirsty to see blood and death were replaced by fans, of whom sometimes they turn violent wanting to return to that time where the differences were demonstrated with violence … And it is also known that the human psyche along with its instinct, men’s mainly, is often governed or at least has a great influence on their behavior, the desire for dominance and power over others. That is why there are hundreds of thousands of fans who do almost anything to see their team win and they find it extremely pleasant to accompany their team seeking to dominate and take down their opposing team in order to win both the matches and multiple existing trophies.

Unfortunately, there are in many countries the so-called “Hooligans” that take this power and dominance very seriously, which often physically injure the fans of their enemy team or even the players of the other team and sometimes without measuring consequences. We all hope that reason and prudency always overcome instinct so this type of incident will not occur in the world of sports, which is an important part of a country’s culture and it is best to avoid behaviors that damage the good name of most sports and also the good name of its fans.