The great promise Vinicius Junior, will he become one of the best players in the world? 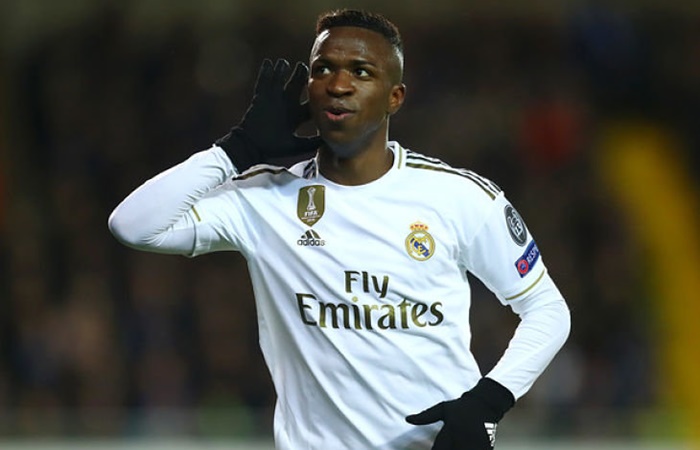 We all know that the young Brazilian Vinicius is currently one of the greatest promises in soccer due to the talent he has shown and how young he is, therefore there is much speculation about his career, for example, many people think that he will be able to reach enough soccer maturity to become the best worldwide like others did as Cristiano Ronaldo, Lionel Messi, Neymar, among others, although others affirm that their good moment will soon end and he will be forgotten.

This soccer player, already recognized worldwide, grew up in the slums of his country, Brazil, he was one of those children who used to play soccer with his friends on an improvised dirt field and used to see the matches of his favorite teams on tv, while aspiring to be as good as they were so one of the clubs in Europe would place their interest on him because of his style of play and what he liked to do with the ball. Later, he was able to enter a soccer school with the support of his family and with the luck of being seen and signed by Flamengo so he could start his professional career fully accomplished when he was just a teenager. This club was the one who could see his great talents ar first and always provided him with financial help so that he could only worry about growing professionally.

Vinicius at the young age of 16 had the opportunity to be contacted by two of the best clubs in the world, Barcelona and Real Madrid, who put their offers on the table and Vinicius said “I only had 3 days to decide for Real Madrid or Barcelona “it was at that time that he decided for the merengue club which he considered to be the best club in history.

Already being at Real Madrid he was preparing himself very well to reach his optimum level so he can demonstrate why he had been signed for 46 million Euros and make it worth it. He began to show his game for the minor leagues of Real Madrid but it didn’t take long for the coach of the first division team to take him into account for his great debut in 2018 in a match against Atletico de Madrid for LaLiga. Vinicius since then has already been characterized by being a great player who has already earned a good place in the of Real Madrid but is still in big expectation whether his talent will be sufficient and constant to give great triumphs to the Real Madrid and get the team out of the regular moment it has been going through for some years or he will fail to his club and his new fans. Many people see Vinicius Junior as the replacement for Cristiano Ronaldo while others see that he will only be one more forward with a good level but that he will not make the difference as the Portuguese did or as Di Stefano did in his time.

Whatever happens with the Brazilian star, there is no doubt that he is already starting to score more and more goals and delight the public with his feints and good plays, it is hoped that he will continue to find his way to success and will do well to fulfill his dreams.