How has the new Coronavirus been affecting sports? 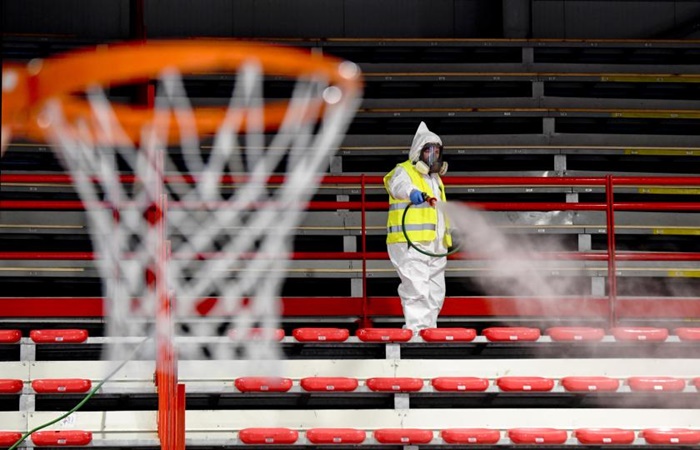 SARS-2 or also called COVID-19 was declared as a pandemic since March 2020 and the greatest affectation is currently found in Europe, which already has more infected and killed cases by the disease than even China which was the country where it was originated. The infection affects more and more places in the world and governments are responding with all the necessary measures to stop the spread and with the minimum infected cases and deaths as possible. Unfortunately, there is a lot of misinformation about how to behave regarding what governments are doing, since there are many people throughout Latin America who are extremely alarmed and many of them have panicked going to supermarkets to stock up on groceries and hygiene products as much as they can, many have even taken out loans and credits in banks to stock up as much as possible and empty the supermarkets as if it were a world war or apocalypse. This behavior is an exaggerated response to what citizens from all over the world have been asked to do, although we have to take care of the virus, we also have to be cautious and take things easy because it is the people with the fewest resources who will end up being affected the most without need. In most countries, the measures imply the prohibition of acts that gather more than 20 or 50 people, so all sports activities have had to be postponed for a few weeks or months until the disease is successfully controlled… That is why the most important competitions such as the UEFA Champions League in Europe, the NBA in the United States, the Copa America, and the EuroCup have been postponed for up to 1 year, to guarantee enough time for everything to return to normal and resume sports activities in most countries. Both sport and people’s lives have been affected, since, in many countries schools, universities, theaters, and concerts have been closed to cope with the pandemic.

As previously stated, for this year events such as the Euro Cup and America’s Cup were destined to be played later, these are two of the most important events in soccer that attract thousands of tourists to their respective venues but which unfortunately had to be postponed due to the imminent measures taken by governments … In the opposite case with the Tokyo 2020 Olympic Games, which after a meeting of its organizers decided that such drastic decisions should not be made since for now they consider it prudent not to suspend the event but to take all measures of restriction necessary to safeguard the life and health of the athletes who will participate. The Olympic games may also be postponed, but it is also possible that it will come to a successful conclusion since there are still several months to start and things could change a lot due to the seriousness with which all this is being taken.