FOOTBALL IN TIMES OF PANDEMIC 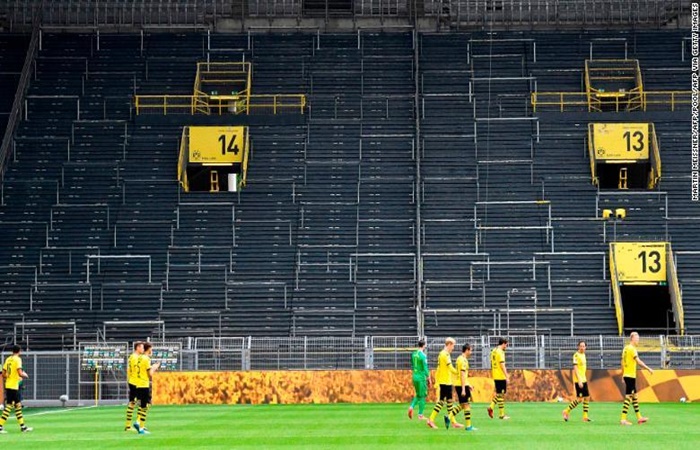 A scenario that occurs again in the contemporary century

Football soccer, one of the most popular and prestigious sports in the globe, has been greatly affected by the arrival of the coronavirus epidemic in China (or also called SARS-COV-2) at the end of December 2019 and later It became a pandemic in early 2020 that paralyzed soccer and most sports for several months. This scenario of complete paralysis of sport had not been seen again since the great crisis that was unleashed when the Second World War began in 1939 where sports including soccer, basketball, tennis and others had to stop all the national and international competitions no matter the country since the whole world was in danger.

Everything in football soccer had to be suspended until people knew what was going to happen to the world at that time and how it was going to be after the destruction caused by this type of warfare.
But this time it is not because of a war but because of a public health condition that has caused havoc in deaths and millions of infected people, mainly in the poorest countries with fewer resources.

The new normal in soccer.

Soccer returned to the stadiums since June 2020 and has been normalizing over time at least with respect to training and the technical quality of the players, but what is true is that there are no longer full stadiums and fanaticism that was observed in the typical way it was characterized, mainly in football scenario.

People in the stadium have not been seen again for more than 6 months and apparently it will not be seen again until at least 70% of the population have been vaccinated against covid-19 in order to achieve what has been commonly called as “herd immunity” which theoretically would guarantee that the number of infections against the covid begins to disappear and gradually the virus would begin to be eradicated in the population, but clearly this last objective would be achieved more easily and with a lower cost of lives with vaccination, which has already begun to be distributed and applied in the population in many countries of the world and we hope that it can continue to pass the tests so we can be sure that the vaccine is safe enough in millions of people and that it can continue distributing and applying in the next generations to see football and other sports again as we used to see them in the past and the way it was some months ago.